Photo: Harry Kane enjoys dinner out with his girlfriend after Tottenham win 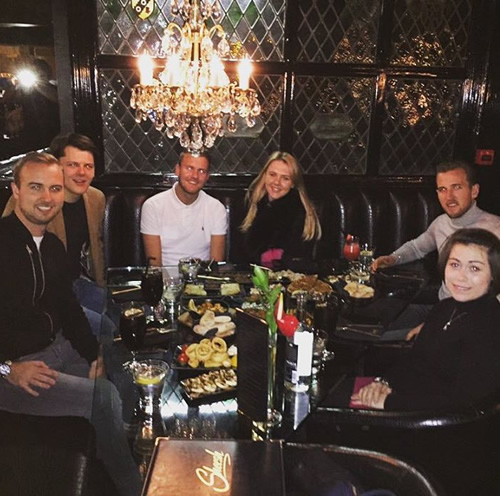 Harry Kane joined his girlfriend and some friends for dinner on Sunday Photo: Katie Goodland / Instagram

The Spurs striker played the full 90 minutes at White Hart Lane as Kieran Trippier scored his first goal for the north London club to wrap up a 1-0 win for Mauricio Pochettino’s men.

The result lifted the Lilywhites up into second place in the Premier League table and further underlined Spurs’ credentials as genuine contenders for the title.

And Kane looked relaxed as he enjoyed a meal out at Sheesh Restaurant in Chigwell with his girlfriend Katie Goodland and some friends on Sunday evening.

Kane and his Tottenham team-mates now turn their attentions to their crunch Premier League clash against Manchester City at Etihad Stadium on Sunday afternoon.