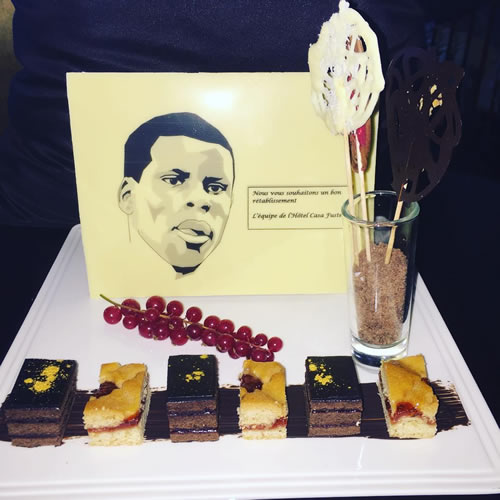 Kurt Zouma’s wife has taken to social media to reveal that the Chelsea defender is back in the UK after undergoing successful knee surgery in Barcelona.

The centre-half has been out of action since suffering an anterior cruciate ligament injury during the 1-1 draw with Manchester United earlier this month.

Zouma is expected to be out of action for around six months as he begins his rehabilitation from the painful injury.

And the defender’s wife Sandra used her personal Instagram account to thank Zouma’s fans for their support via social media.

Sandra Zouma posted the picture above on her personal Instagram account and wrote: “Hello everybody! Thank you for all your message. We came back home Yesterday night from Barcelona.

“My husband now he is fine after a very good operation. Thank you for your support. God Bless You All #hamdoulileh”

France international Zouma had been a regular fixture in the Chelsea first-team this season before his injury setback, making 22 Premier League appearances for the west London club.

Chelsea are currently gearing up for their FA Cup fifth-round showdown with Manchester City at Stamford Bridge on Sunday afternoon.