Photo: Man United star all smiles with man of the match champagne 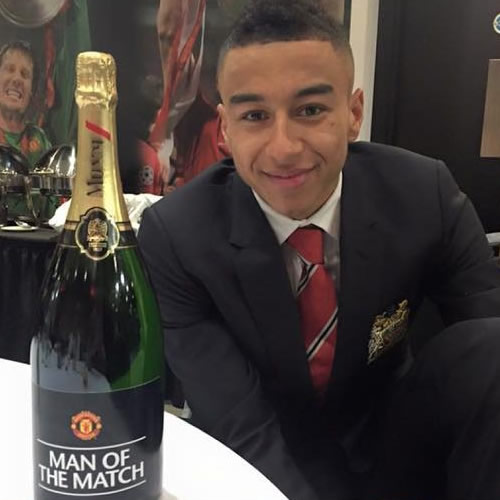 Jesse Lingard looked to be in good spirits as he posed for a picture with his man of the match bottle of champagne after helping Manchester United beat Stoke City 3-0 on Tuesday night.

Lingard opened the scoring at Old Trafford before goals from Martial and Wayne Rooney handed United a much-needed victory in front of their home fans.

The Red Devils had headed into the game having won just two of their last 10 top-flight games but looked in good form as they overcame the Potters at Old Trafford.

Lingard was named the Barclays man of the match for his role in the victory, and the 23-year-old looked to be thrilled with the accolade.

Lingard posted the picture above on his personal Instagram account on Tuesday evening and wrote: “Great win tonight, happy to get a goal and the 3 points. #MOTM #DABBERMAN #DAB #manchesterunited @cbj43”

The winger will be hoping to feature when United return to Premier League action with a trip to defender champions Chelsea on Sunday.