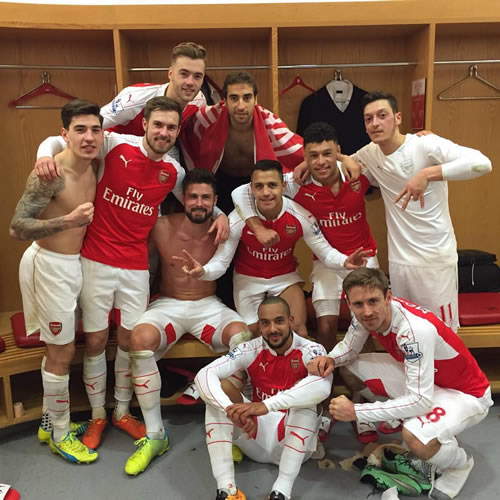 The Foxes took the lead when Jamie Vardy scored from the spot on the stroke of half-time after being brought down by Nacho Monreal in the box.

Leicester were reduced to 10 men when Danny Simpson was shown a second yellow card in the 54th minute after holding back Olivier Giroud.

Ozil, who played the full 90 minutes, was quick to share the picture above on his personal Instagram account after the game, writing: “Best. team. #AFCvLCFC #Arsenal #YaGunnersYa #BeTheDifference #bigpoints”

The dramatic win left Arsenal second in the table and two points behind the leaders heading into the final 12 games of the season.

Their next Premier League game is a trip to Manchester United on Sunday 28 February.