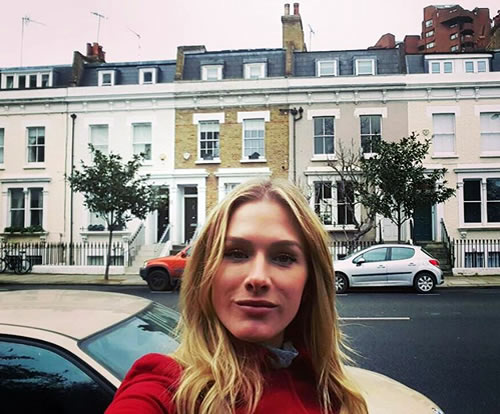 The former AC Milan forward has joined the west London club on loan from Corinthians until the end of the season as he bids to help improve the Blues’ form in front of goal.

Mattheis, who is a famous actress, television presenter and model back in Brazil, looked to be in good spirits as she snapped a selfie on a London street on Monday afternoon.

She shared the picture above on her personal Instagram account and wrote: “It’s London team! Today’s episode yesterday and tomorrow: looking for a home! #ilovelondon”

Pato is yet to make his first appearance for Chelsea since joining the Blues on a temporary deal until the end of the campaign.

He has been training with his new team-mates at Cobham in recent days as he works on his fitness levels ahead of Chelsea’s home clash with Newcastle United at Stamford Bridge on Saturday evening.