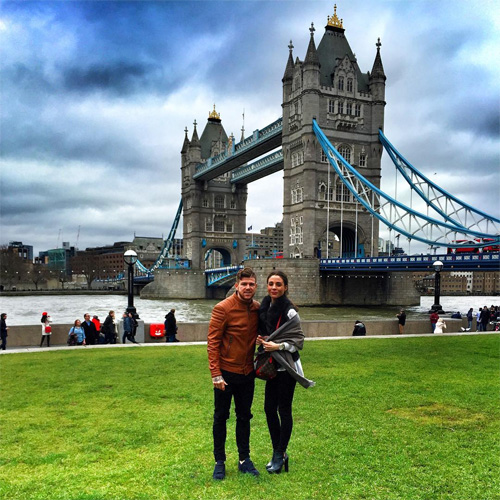 The Reds face Manchester City in the first cup final of the season next weekend as Jurgen Klopp looks to win his first silverware since becoming Liverpool manager.

The German afforded his players an extended break over the weekend following Thursday night’s goalless draw with Augsburg in the first leg of their Europa League last-32 tie.

And Moreno opted to visit London with his girlfriend on Sunday and the pair posed for an impressive photo in front of Tower Bridge.

Moreno posted the above snap on his Instagram page and wrote the following caption: “London🇬🇧”

The Liverpool full-back has been ever present in Klopp’s first-team since the former Borussia Dortmund manager took over the reins from Brendan Rodgers in October.

The Reds face Bundesliga side Augsburg in the second leg of their Europa League tie on Thursday night.

Photo: Marcos Rojo all smiles with daughter ahead of Shrewsbury v Man United