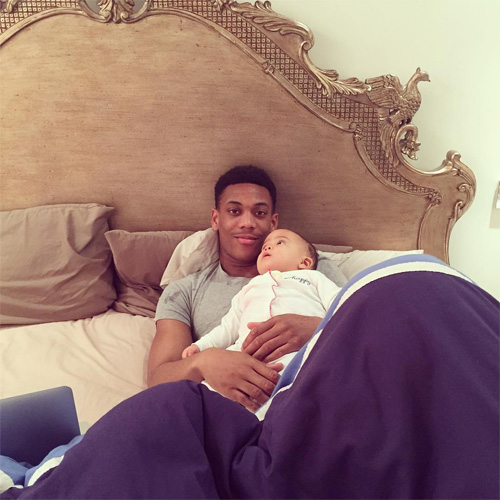 Anthony Martial was resting up with his daughter Toto ahead of Manchester United’s trip to Sunderland on Saturday.

The Red Devils striker was unable to help Louis van Gaal’s side hold out for three points at Stamford Bridge last weekend as Diego Costa scored a late equaliser to rescue a 1-1 draw for Chelsea.

Martial has been in excellent form for the 20-time English champions in recent weeks after a return of one goal and three assists in their last three games in all competitions.

So no wonder that the 20-year-old forward was beaming in bed alongside his young daughter Toto ahead of Saturday’s Premier League game at the Stadium of Light.

The former Lyon forward has scored six goals and has made three assists in 20 Premier League games so far this season.

Martial moved to United from Ligue 1 side Monaco in a £36m deal last summer.