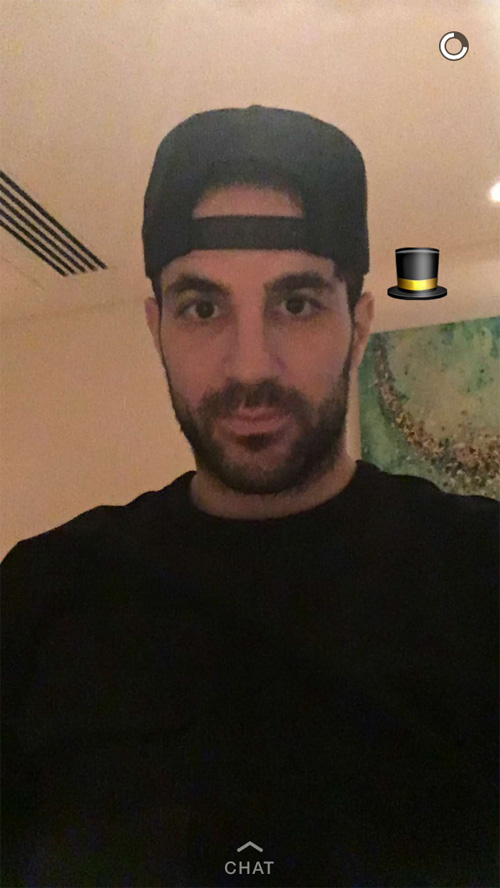 Cesc Fabregas appeared pretty happy with himself after Chelsea’s emphatic 5-1 victory over Manchester City in the FA Cup fifth round on Sunday.

The Spain international was instrumental in the west London side’s landslide victory over their Premier League rivals at Stamford Bridge.

Chelsea were rewarded for their cup win with a trip to Everton for a place in the FA Cup semi-finals after Sunday’s last-eight draw.

And Fabregas posted the above selfie on his Snapchat story as the Chelsea midfielder revelled in their impressive win against the Citizens.

Guus Hiddink’s side aren’t in action again until Saturday when the Blues face Southampton at St Mary’s in the Premier League.

Chelsea will host Paris Saint-Germain in the second leg of their Champions League last-16 clash on Wednesday 8 March.

The one-time Champions League winners suffered a 2-1 defeat by the Ligue 1 holders at Parc des Princes on Tuesday night.

Photos: Elneny, Sanchez all smiles as Arsenal train ahead of Barcelona test