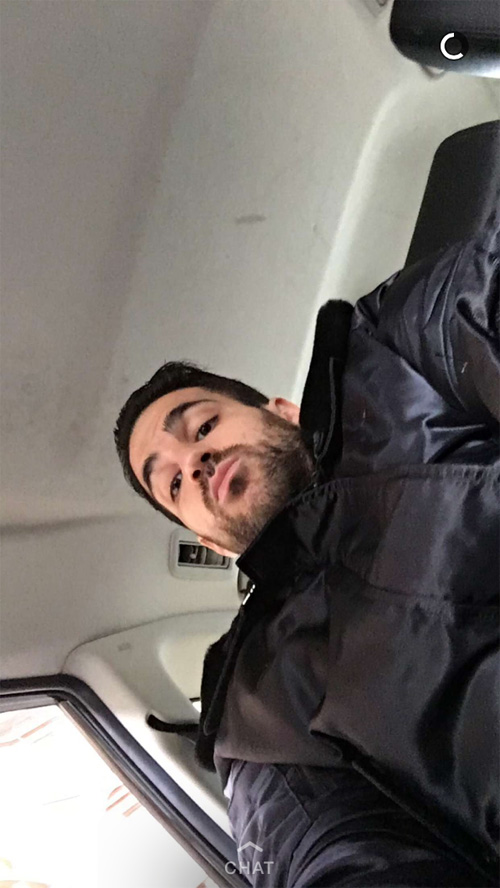 Cesc Fabregas was keeping his Snapchat followers entertained on Tuesday as the Chelsea midfielder enjoyed some rare downtime.

The Spain international was instrumental in the west London side’s 5-1 victory over Manchester City in the FA Cup at Stamford Bridge on Sunday afternoon.

Chelsea were rewarded for their cup win with a trip to Everton for a place in the FA Cup semi-finals after Sunday’s last-eight draw.

And Fabregas could afford a cheeky selfie as the Blues playmaker appeared to be making the most of Chelsea’s rare mid-week off after a hectic run of fixtures.

The former Arsenal captain has scored one goal and has made four assists in 25 Premier League appearances for the defending champions so far this season.

Fabregas has enjoyed a return to form since Guus Hiddink replaced Jose Mourinho at Stamford Bridge in December.

Guus Hiddink’s side aren’t in action again until Saturday when the Blues face Southampton at St Mary’s in the Premier League.

Chelsea will host Paris Saint-Germain in the second leg of their Champions League last-16 clash on Wednesday 8 March.

David Beckham tells Man United how to save their season