Photo: Chelsea signing all smiles on plane to Paris 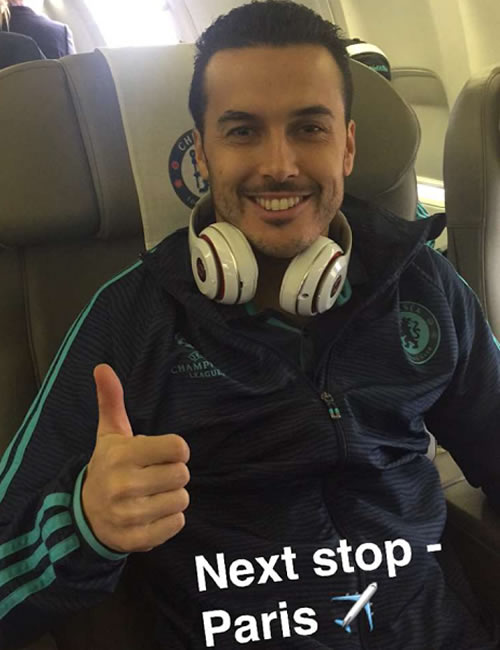 Pedro Rodriguez gave the thumbs up as Chelsea headed to France for their crunch Champions League clash with Paris Saint-Germain on Tuesday night.

The Blues head into the game looking to build on their improved form under interim boss Guus Hiddink and fresh from their 5-1 demolition of Newcastle United at Stamford Bridge on Saturday.

Pedro has been in good form in recent weeks and scored twice in the win over the Magpies as he played the full 90 minutes in west London.

And the Spain international looked to be in good spirits as he and his Chelsea team-mates prepared to fly to Paris on Monday afternoon.

Pedro has scored four goals and made two assists in 20 Premier League games for the west London club since his arrival at Stamford Bridge from Barcelona in the summer transfer window.

He will be hoping to start Tuesday’s game as Hiddink’s men look to claim a victory to help them take a step closer towards the quarter-finals of Europe’s elite club competition.