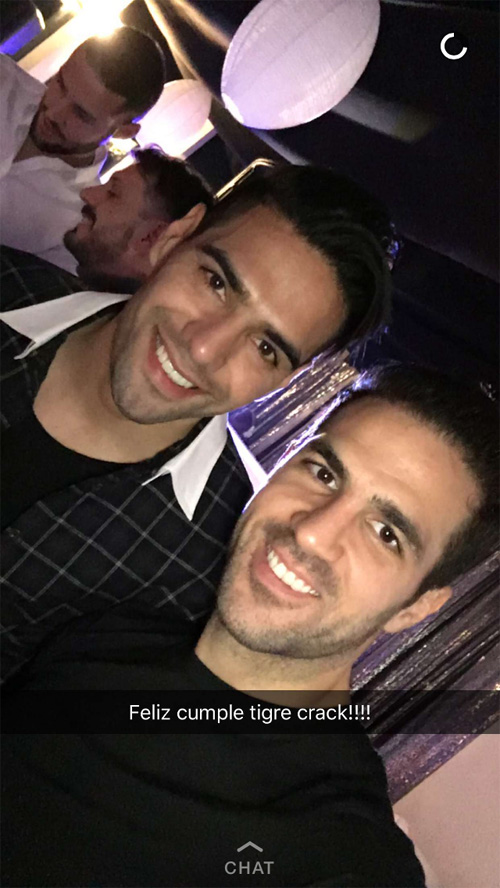 Cesc Fabregas was all smiles with Radamel Falcao as the Spanish midfielder celebrated his Chelsea team-mate’s 30th birthday on Wednesday night.

The Colombia international hasn’t had too much to celebrate on the pitch this season after a forgettable first campaign at the defending Premier League champions.

Falcao has only scored one Premier League goal in nine top-flight appearances under Jose Mourinho and current manager Guus Hiddink so far this season.

However, Falcao wasn’t short of a smile on Wednesday night as he posed for a photo with Spain international Fabregas.

The former Arsenal and Chelsea midfielder has played a key part in Chelsea’s resurgence in recent weeks since Hiddink replaced Mourinho.

Fabregas has scored one goal and has made two assists in his last five games for the defending champions, netting against Everton and Milton Keynes Dons.

Hiddink’s side host Newcastle United at Stamford Bridge in the Premier League on Saturday afternoon.