Photo: Emre Can and his brother snap wedding selfie ahead of Liverpool v Augsburg 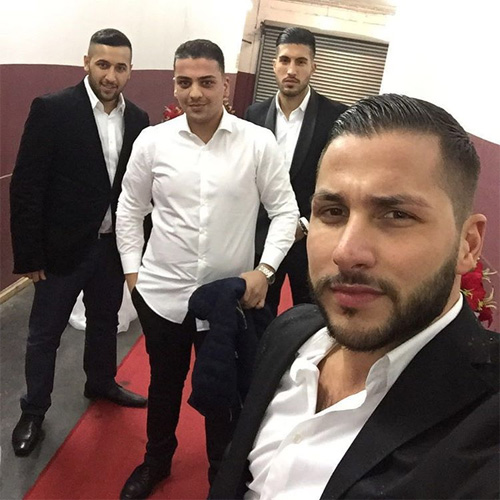 Emre Can joined his brother and friends for a wedding selfie as the Liverpool midfielder made the most of his Saturday night.

Jurgen Klopp appears to have given his players an extended break following Thursday night’s goalless draw with Augsburg in the first leg of their Europa League last-32 clash.

The five-time European champions aren’t in action again until the return leg against the Bundesliga side at Anfield on Thursday night.

Can, 23, was making the most of a rare break after a hectic December and January ahead of next week’s Europa League second-leg tie.

Can wrote on his Instagram page: “Wedding with the boys 👔😊 #ynwa #liverpool”

The former Bayer Leverkusen midfielder has been a regular in the Liverpool side since Klopp took over the reins from Brendan Rodgers in October.

The Germany international has scored one goal in 22 Premier League games, netting in Liverpool’s 6-0 win at Aston Villa earlier this month.

Liverpool face Manchester City in the League Cup final at Wembley next Sunday.

Photo: Theo Walcott all smiles with his brother ahead of Arsenal v Barcelona