Photo: Hector Bellerin all smiles with his stunning girlfriend ahead of Man United v Arsenal 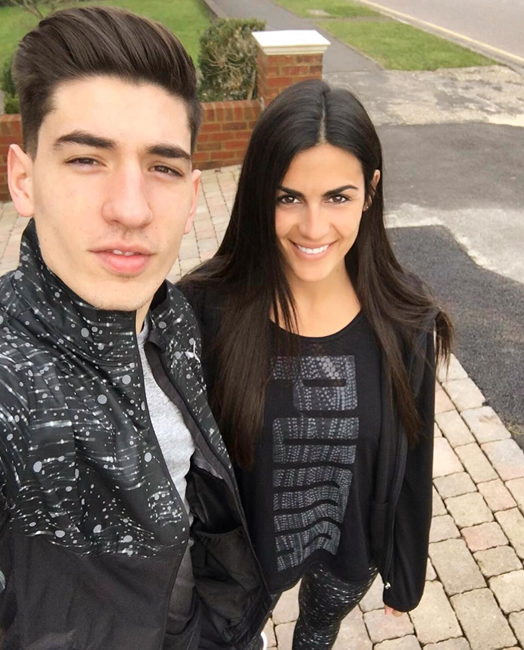 Hector Bellerin does not look to have let the disappointment of Arsenal’s 2-0 defeat by Barcelona in the Champions League on Tuesday night get him down.

The Spanish right-back has been a regular fixture in the Arsenal side this season and played the full 90 minutes as Arsene Wenger’s men were undone by two Lionel Messi goals in the second half at The Emirates.

Bellerin and his Arsenal team-mates do not have long to lick their wounds as they turn their attentions to their crunch Premier League clash with Manchester United at Old Trafford on Sunday afternoon.

And the 20-year-old looked to be in good spirits as he snapped a selfie with his girlfriend Berta Requeno on Thursday afternoon.

Arsenal head into the match in third place in the Premier League table and two points behind leaders Leicester City with 12 games left to play this term.