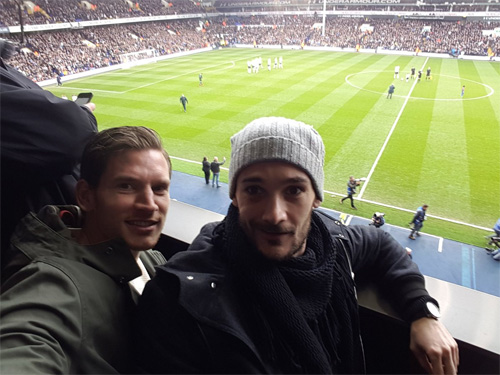 Lloris, meanwhile, injured his shoulder during last Sunday’s 2-1 win against Manchester City and was forced to miss their 1-1 draw with Fiorentina in the Europa League on Thursday night.

The crocked Spurs pair were in good form in the stands, though, as Vertonghen posted the above selfie on his Twitter account ahead of kick-off.

At the Lane with our Skipper #COYS pic.twitter.com/cjlyVWLBhg

Tottenham host Fiorentina in the second leg of their Europa League tie at White Hart Lane on Thursday.

The north London side are in second place in the Premier League table and two points behind leaders Leicester City.

Pochettino’s side host Swansea City in their next Premier League fixture at White Hart Lane next Sunday.