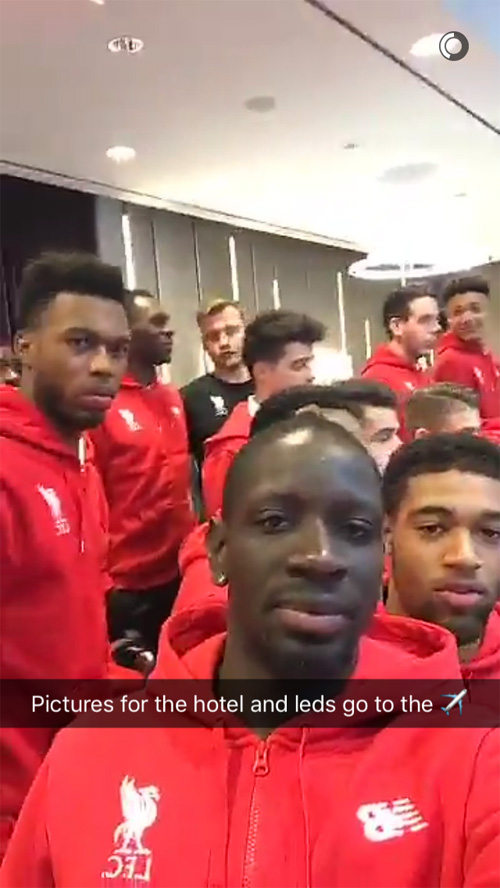 Liverpool may be leaving Augsburg feeling disappointed after a 0-0 draw on Thursday, but Mamadou Sakho and Jordon Ibe enjoyed their stay in Germany.

The Reds were unable to score an away goal in the first leg of their Europa League last-32 clash at the Augsburg Arena.

Jurgen Klopp’s side have seven days to prepare for the return leg at Anfield before the Reds face Manchester City in the League Cup final at Wembley.

The Liverpool squad obliged the hotel staff with a team photo after their short stay in Augsburg.

Sakho posted a photo with Jordon Ibe and Daniel Sturridge on his Snapchat story ahead of their flight home.

The England striker has plenty to be positive about after starting his second successive game under Jurgen Klopp for the first time.

Liverpool are in eighth place in the Premier League table after Sunday’s 6-0 win at Aston Villa at Villa Park.