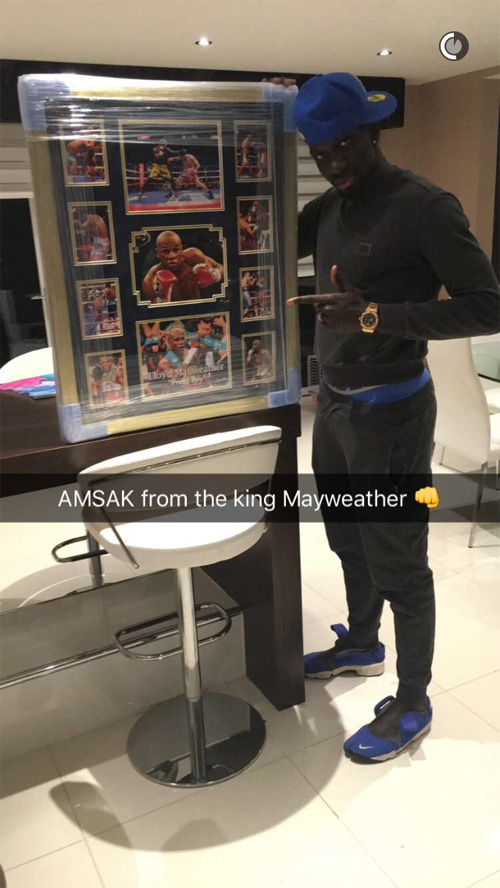 Mamadou Sakho is drawing inspiration from Floyd Mayweather ahead of Liverpool’s Europa League clash on Thursday.

The France defender played his part in Liverpool’s 6-0 win against Aston Villa at Villa Park in the Premier League on Sunday afternoon.

Sakho has enjoyed a sustained run in Jurgen Klopp’s first-team thanks to injuries to centre-halves Dejan Lovren and Martin Skrtel.

And the Frenchman posted a photo of signed Mayweather photo from the Moneymaker himself on his Snapchat.

The 26-year-old has started 17 Premier League appearances for the 18-time English champions so far this season.

Augsburg take on Liverpool in their most prestigious Europa League game to date on Thursday, with Jürgen Klopp returning to his native Germany for an 11th encounter with the Fuggerstädter.

Augsburg have lost two of their three European home fixtures to date, those matches producing 14 goals.

Liverpool are unbeaten in Europe this season, that run including all four of their continental games under Klopp.

Michael Owen: What Roberto Firmino must do to be Liverpool success