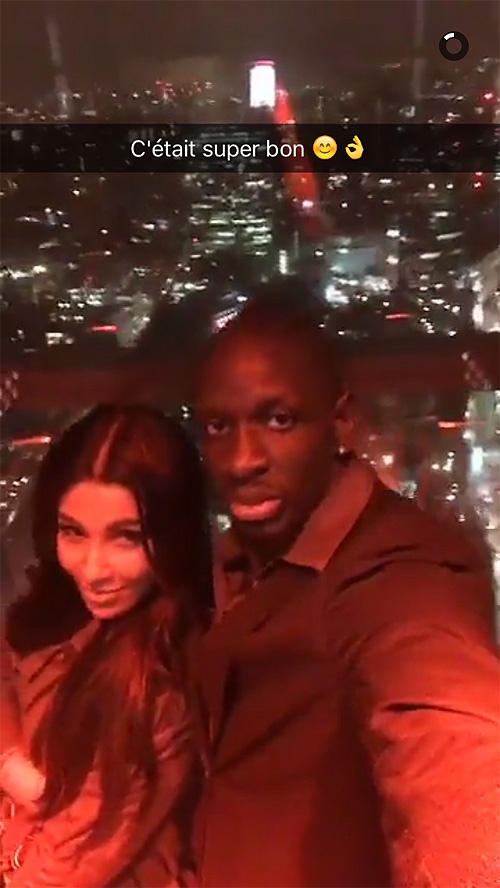 Mamadou Sakho was in a romantic mood on Friday night as the Liverpool defender treated his wife to dinner at Sushi Samba.

The France international produced another competent performance alongside centre-half Kolo Toure in Germany on Thursday night as Liverpool secured a goalless draw with Augsburg in the first leg of their last-32 tie.

Sakho has been ever-present in Jurgen Klopp’s starting line-up over the past couple of months in the continued absence of centre-half rivals Dejan Lovren and Martin Skrtel due to injury.

The former Paris Saint-Germain defender made the most of a fixture-free weekend for the Reds as he headed up London’s famous Shard with his wife Mazda.

And Sakho posted a series of videos to his Snapchat story as the pair tucked into Sushi Samba’s best offerings on Friday night.

Liverpool aren’t in action until Augsburg make the trip to Merseyside in the second leg of their Europa League tie on Thursday night.

Photo: Roberto Firmino all smiles with friend ahead of Liverpool v Augsburg