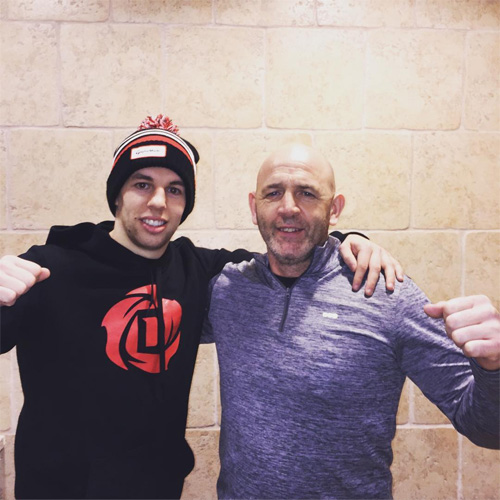 Jon Flanagan has been working on his fitness ahead of Liverpool’s League Cup final at Wembley.

The England international made his return to competitive action in Liverpool’s 3-0 win against Exeter City in January after almost 18 months sidelined with a knee injury.

Flanagan started Liverpool’s League Cup semi-final second leg against Stoke City before the right-back was replaced ahead of the penalty shootout.

The 23-year-old has struggled to break into Jurgen Klopp’s side since the semi-final clash in late January as Nathaniel Clyne and Alberto Moreno continue to occupy the full-back spots.

However, the Liverpool-born defender has been working hard on his fitness after he posted a snap following a session on Saturday morning.

Liverpool are hoping to win the League Cup for a record ninth time at Wembley on Sunday afternoon.

The Reds were 4-1 winners against Sunday’s opponents Manchester City in the Premier League earlier this season.

Steve McManaman: Why Tottenham must win silverware this season