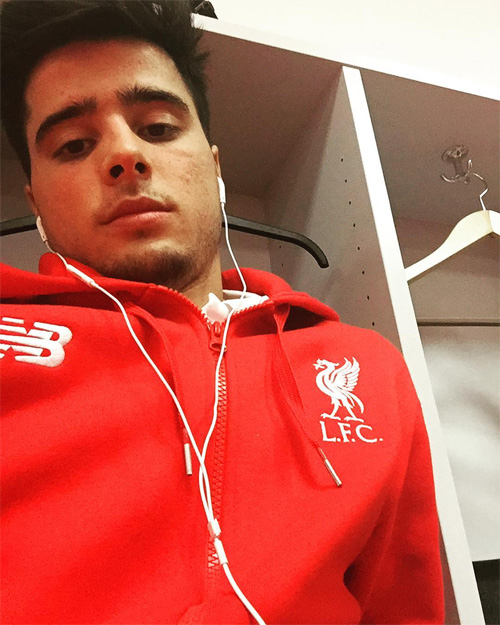 Joao Teixeira has snapped a dressing room selfie as the Liverpool playmaker geared up for Thursday’s game against Augsburg.

The Reds playmaker has found his first-team opportunities limited under Jurgen Klopp so far.

Teixeira made a string of appearances in the League Cup and the FA Cup but the Portuguese youngster hasn’t featured in the Premier League.

Liverpool played out a goalless draw with Bundesliga side Augsburg in the first leg of their Europa League last-32 tie on Thursday night.

Teixeira will be hoping to impress Klopp with his creativity and earn a spot in the German’s side for the visit of Augsburg at Anfield.

Teixeira posted the above selfie and wrote the following caption:

The 23-year-old midfielder has scored three goals in all competitions for the Merseyside outfit so far this season.