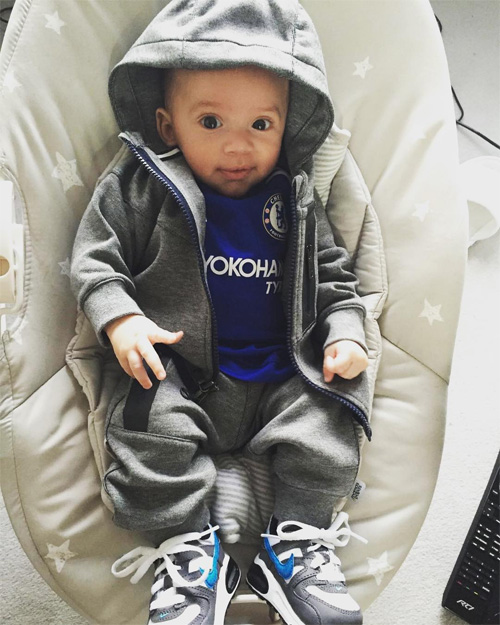 Loic Remy has wasted no time turning his son into a Chelsea fan.

The Blues striker is still at Stamford Bridge despite speculation surrounding his future in the January transfer window.

The 29-year-old hasn’t started a Chelsea game since scoring in their League Cup defeat at Stoke City in October.

However, Remy’s lack of first-team football doesn’t appear to have affected his love for the defending Premier League champions.

The France striker posted the above photo of his son ahead of Sunday’s FA Cup fifth round clash against Manchester City at Stamford Bridge.

Remy’s caption read: “He is ready to support the team today. Come on blues.”

Remy has scored three goals in 16 appearances in all competitions for the west London side so far this season.

The former Lyon and Marseille man opted to join Chelsea from Queens Park Rangers in 2014.

Remy, who also went on loan to Newcastle United before his move to Chelsea, has netted 12 times in 42 games since his switch to the defending Premier League champions.