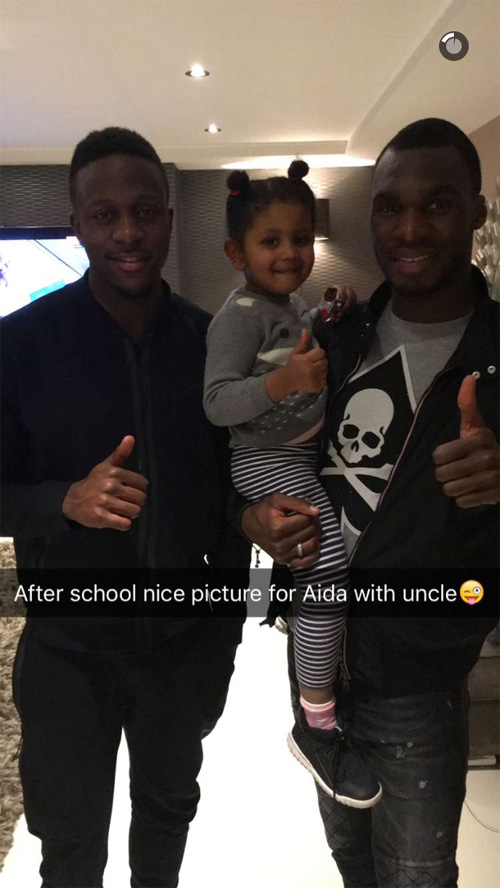 Liverpool manager Jurgen Klopp has favoured Daniel Sturridge or Roberto Firmino in a striker role in recent weeks despite having the Belgium duo available.

Origi has made a string of substitute appearances after the former Lille man recovered from a knee injury earlier this month.

Benteke, though, has found his first-team opportunities limited and has fallen further down the pecking order following the return of Origi and Sturridge.

However, Liverpool defender Sakho has plenty of work for the Reds duo if his latest Snapchat story is accurate.

The former Paris Saint-Germain defender snapped his Liverpool team-mates with his daughter Aida ahead of Thursday night’s Europa League tie.

Klopp’s Liverpool side will be hoping to finally break the deadlock against Augsburg after a goalless draw with the Bundesliga side in the first leg in Germany last week.

David Beckham tells Man United how to save their season