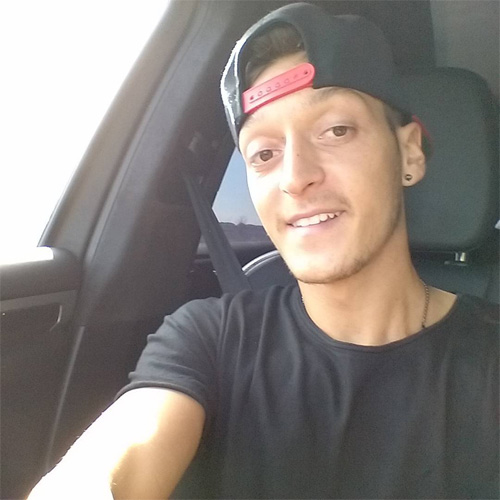 Mesut Ozil was all smiles as the Arsenal midfielder posted a selfie on Instagram ahead of Saturday’s FA Cup clash at The Emirates.

The Germany midfielder could be rested for the visit of Hull City in the fifth-round clash as Arsenal look to win the FA Cup for the third consecutive season.

Ozil has been in sparkling form for the north London side throughout the 2015/16 campaign and the World Cup winner teed up Danny Welbeck for Arsenal’s winner in a 2-1 victory over Leicester City last weekend.

The Gunners start a big week in their season with a FA Cup clash against Hull before Barcelona come to the Emirates Stadium on Tuesday followed by a trip to Manchester United next weekend.

However, Ozil was looking relaxed ahead of a vital period in Arsenal’s quest for silverware as he posted a selfie on Instagram.

The German midfielder has scored four goals and has made 17 assists in 24 Premier League games this term.