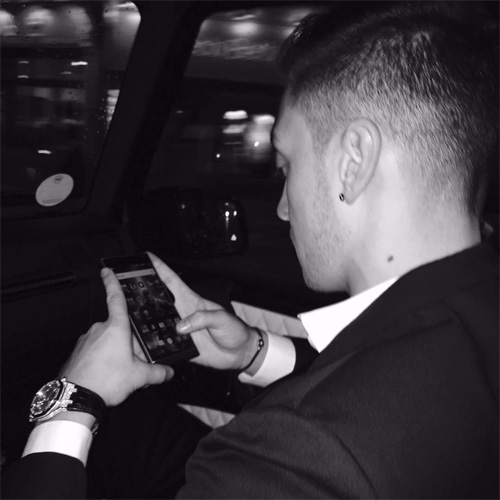 Mesut Ozil was looking sharp as the Arsenal midfielder relaxed on Saturday evening ahead of a big week for the Gunners.

Arsene Wenger gave the Germany international the afternoon off as Ozil’s team-mates were held to a frustrating goalless draw with Hull City in their FA Cup fifth round clash on Saturday.

Ozil is expected to return to the Arsenal side on Tuesday night when the Gunners host Champions League holders Barcelona in the first leg of their last-32 tie in north London.

The former Real Madrid playmaker will hope that his off-the-pitch style can translate to an elegant performance against the Catalan side as Arsenal look to end their poor run against Barcelona.

Ozil posted the above photo and wrote the following caption: “Today, call me Mr.Elegant👔😎 #ozil”

The £42.5m club-record signing has scored four goals and has made 17 assists in 24 Premier League games for the Gunners so far this season.

Arsenal make the trip to Manchester United in the Premier League four days after hosting Barcelona in the Champions League.