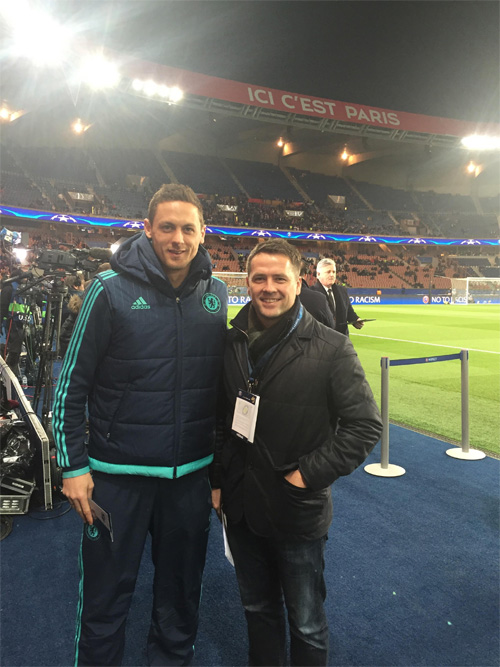 Michael Owen can’t do much right on any given Champions League night.

The former Liverpool and Manchester United striker is regularly slammed on Twitter for his commentary during BT Sport’s coverage of Europe’s premier club competition.

Tuesday night was no different as Owen was in the commentary box for Chelsea’s 2-1 defeat by Paris Saint-Germain in the first leg of their Champions League last-16 tie.

While Owen doesn’t have too many supporters on Twitter, Matic does appear to be a fan of the retired England striker.

Owen posted the above photo on Sportlobster and wrote the following caption: “Nice of Nemanja to ask me for a pic!”

Zlatan Ibrahimovic’s deflected free-kick broke the deadlock in the first half for the Ligue 1 champions.

John Obi Mikel, 28, levelled for the visitors before half-time with a close-range finish from a corner.

However, PSG substitute Edison Cavani scored a 78th-minute winner to seal a 2-1 first-leg win for the French side at Parc des Princes.