Photo: New signing all smiles with Chelsea duo at Cobham

Alexandre Pato is settling in well to life at Chelsea... 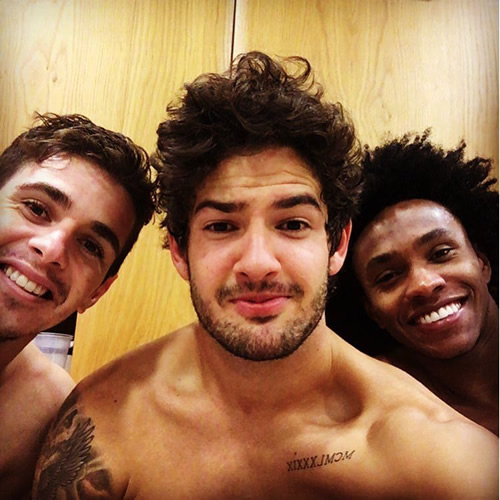 Alexandre Pato looks to be settling in well to life at Chelsea following his switch to Stamford Bridge last month.

The Brazilian is yet to make his first appearance in a Chelsea shirt but has been working on his fitness levels with his team-mates at Cobham in recent days since arriving at the club on loan from Corinthians until the end of the season.

However, he looks to be fitting in well with his new team-mates and was all smiles as he snapped a selfie with his compatriots Willian and Oscar on Friday afternoon.

Pato shared the picture above on Instagram on Friday and wrote: “!!! @oscar_emboaba @willianborges88”

Chelsea are currently preparing for their Premier League clash with Newcastle United at Stamford Bridge on Saturday evening.

The defending champions head into the game looking to return to winning ways after they were held to a 1-1 draw by Manchester United at Stamford Bridge last weekend.