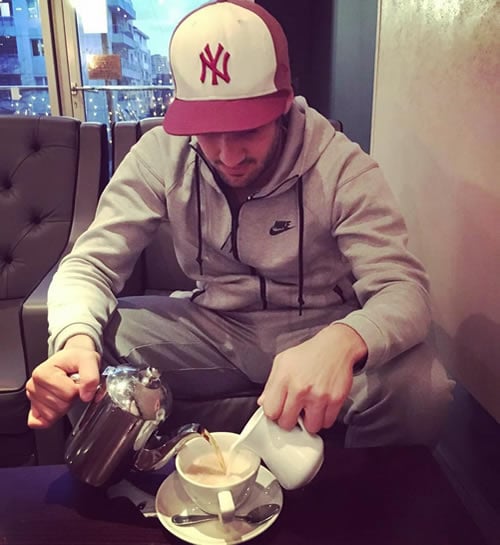 Alexandre Pato looks like he has been settling well into life in London as he prepares to make his Chelsea debut.

The Brazilian striker is yet to feature for the Blues since arriving at the club on loan from Corinthians last month but has been working on his fitness levels at Chelsea’s Cobham training ground in recent weeks.

Pato will be hoping to be involved when Chelsea host Manchester City in the fifth round of the FA Cup on Sunday afternoon at Stamford Bridge.

However, the former AC Milan striker enjoyed a cup of English tea on Friday afternoon as he gets to grips with life in England.

Chelsea are looking to return to winning ways on Sunday after they slumped to a 2-1 defeat by Paris Saint-Germain in the first leg of their Champions League last-16 clash on Tuesday night.