Photo: Roberto Firmino all smiles with friend ahead of Liverpool v Augsburg 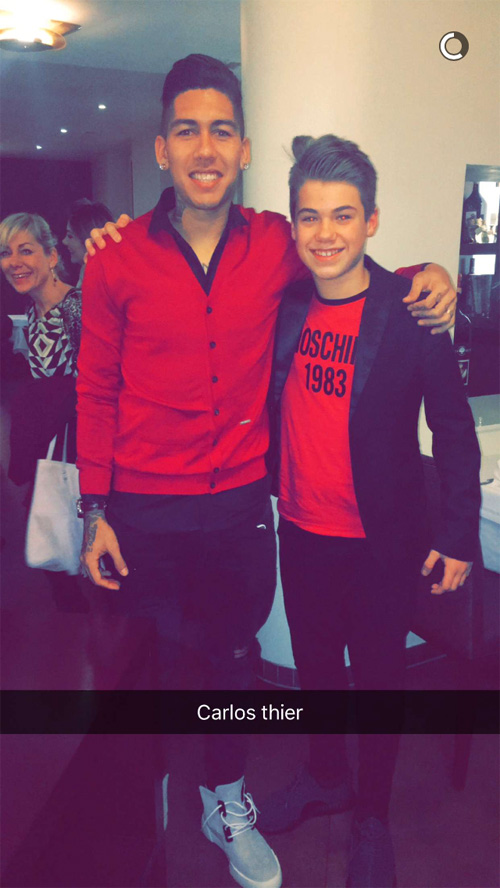 Roberto Firmino made the most of a rare chance to enjoy Friday night as the Liverpool playmaker caught up with some family and friends.

The South American was unable to help the Merseyside outfit register a first-leg win on Thursday night after the Reds played out a goalless draw with Augsburg in the Europa League last 32.

The Liverpool players aren’t in action again until the second leg of their European tie at Anfield next week ahead of the League Cup final at Wembley.

And Firmino was all smiles as he enjoyed the company of his close family and friends, keeping Liverpool supporters update on his Friday night thanks to Snapchat.

The 24-year-old has scored five goals and has made three assists in the Premier League in a promising start to 2016 for the Brazil midfielder.

Firmino moved to the Merseyside outfit in a £29m deal from Bundesliga side Hoffenheim last summer.