Photo: Roberto Firmino wraps up ahead of Augsburg v Liverpool

Roberto Firmino looks like he is missing the Brazilian sunshine... 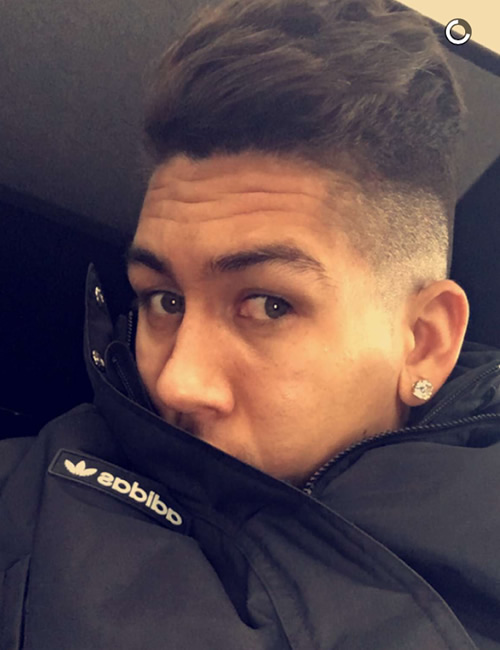 Roberto Firmino made sure he was feeling as warm as possible as he and his Liverpool team-mates prepare for their Europa League trip to Augsburg on Thursday night.

The Brazilian forward will be hoping to feature when Jurgen Klopp’s men take on the German outfit in the first leg of their last 32 clash.

The Reds head into the game looking to build on their impressive 6-0 thrashing of Aston Villa in the Premier League at the weekend.

And Firmino looked like he may be missing the Brazilian sunshine on Thursday morning as he uploaded the picture above onto his personal Snapchat account.

Liverpool are likely to field a relatively strong side against the Bundesliga outfit as they have a free weekend coming up following their FA Cup exit at the hands of West Ham United last week.

The Reds take on Manchester City in the League Cup final at Wembley later this month.