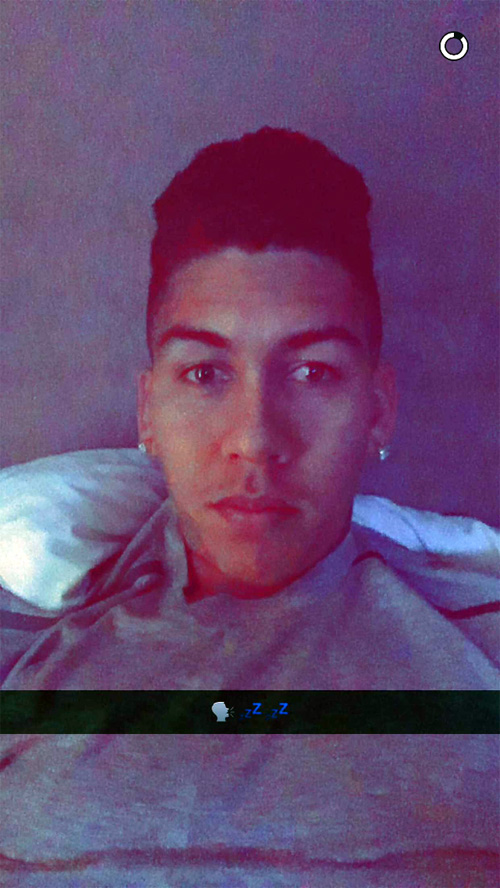 Roberto Firmino was in no mood to mess around as the Liverpool star snapped a serious selfie ahead of Thursday’s Europa League clash.

The Brazil international returned to Germany for the first time since his summer move to Liverpool from Hoffenheim on Wednesday afternoon.

Firmino trained with the rest of his team-mates as Jurgen Klopp prepared his side for the first leg of their last-32 clash against Augsburg.

The South American has been in excellent form in 2016 after scoring five goals and making three assists in the Premier League.

However, Firmino appeared in a serious mood as he posted a selfie from the comfort of his hotel room ahead of Thursday’s game against Augsburg.

Firmino joined Liverpool in a £29m deal from Bundesliga side Hoffenheim last summer, becoming the third most-expensive signing in the club’s history.

Liverpool are unbeaten in this season’s Europa League after two victories and four draws in the group stage.