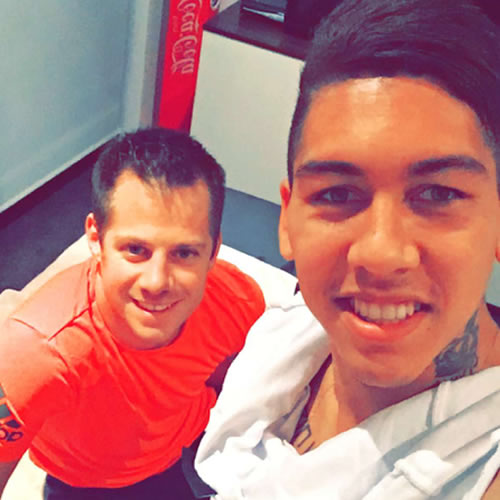 Roberto Firmino was all smiles as he snapped a selfie after a physio session as he and his Liverpool team-mates prepare for their trip to Aston Villa in the Premier League on Sunday.

The Brazilian did not feature as Liverpool were dumped out of the FA Cup in midweek following their 2-1 extra-time loss to West Ham United in the fourth-round replay at Upton Park.

Firmino has been in good form in recent weeks and scored one goal and set up the other during last weekend’s 2-2 draw with Sunderland at Anfield.

And the 24-year-old looked to be in goof spirits as he gears up for Liverpool’s Premier League trip to Aston Villa on Sunday afternoon.

Firmino posted the picture above of himself with a physio on his Snapchat account on Thursday afternoon.

The attacker then shared the photo below as he prepared to go out for dinner with some friends. 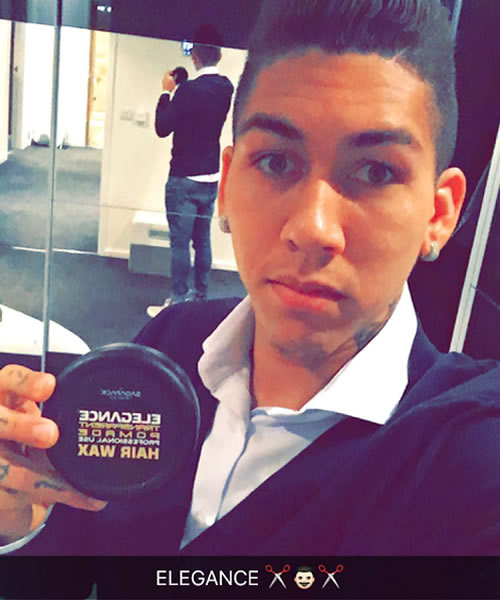 Firmino has scored six Premier League goals and made five assists for Liverpool so far this season.

Photo: Alexis Sanchez relaxes by the pool ahead of Arsenal v Leicester