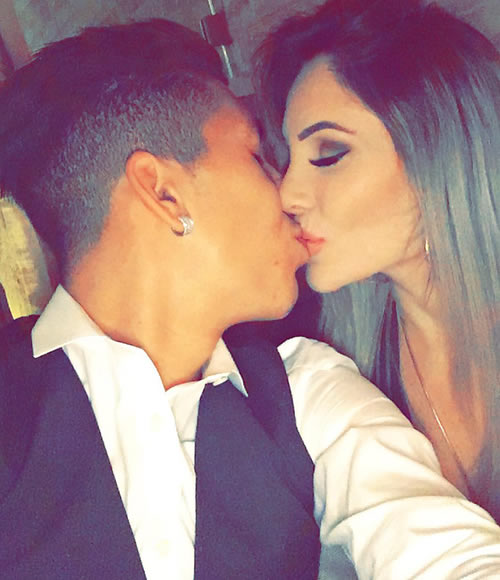 Roberto Firmino spent Valentine’s evening with his wife after helping Liverpool romp to a 6-0 victory over sorry Aston Villa on Sunday.

The Brazilian was all smiles as he snapped a selfie with his partner Larissa Pereira following the Reds’ thumping win at Villa Park.

And the 24-year-old looked to be in good spirits on Sunday evening as he spent some time with his other half.

He shared the picture above on his personal Instagram account and wrote: “Happy Valentine’s Day #mylove #metadePerfeita @larissa_peereira”

Daniel Sturridge put Liverpool ahead against Villa, before James Milner’s free-kick crept in to make it 2-0.

Goals from Emre Can, Divock Origi and Nathaniel Clyne made it 5-0, before Kolo Toure headed in a sixth to add further gloss to the scoreline.