Roger Federer to miss Rotterdam and Dubai after knee surgery 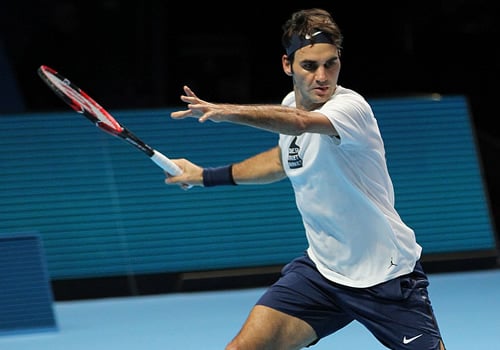 Roger Federer has withdrawn from the forthcoming tournaments in Rotterdam and Dubai after undergoing knee surgery on Wednesday.

A statement released by his management agency confirmed that the 17-time Grand Slam winner had undergone successful arthroscopic knee surgery in Switzerland to repair a torn meniscus.

With proper rehabilitation, I will be able to return to the Tour soon

The 34-year-old picked up the problem the day after his Australian Open semi-final defeat by Novak Djokovic in Melbourne last week.

“I am so disappointed to have to miss Rotterdam and Dubai as they are two of my favourite tournaments on the ATP World Tour,” Federer said.

“While this is an unfortunate setback, I feel grateful that up until now I have remained mostly healthy throughout my career.

“My doctors have ensured me that the surgery was a success and with proper rehabilitation, I will be able to return to the Tour soon.”