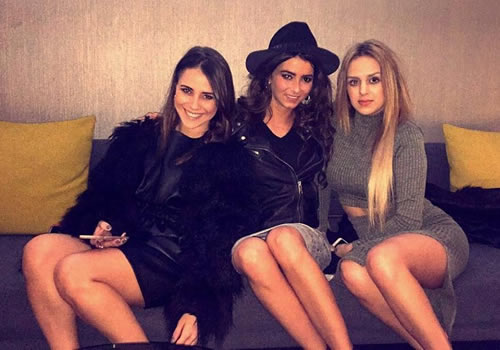 Samantha Martial was all smiles as she posed for a picture with Candy-Rae Fleur and Francesca Cormani in London on Saturday night.

The Manchester United girlfriends are in the capital ahead of the Red Devils’ Premier League showdown with Chelsea at Stamford Bridge on Sunday afternoon.

United head into the game looking to build on their impressive 3-0 victory over Stoke City at Old Trafford last week.

And Louis van Gaal’s men will be cheered on by a handful of his players’ girlfriends when his side take to the pitch on Sunday afternoon.

Samantha Martial posted the picture above on her personal Instagram account and wrote: “Saturday night dinner in London.”

United head into the game five points adrift of the top four as they look to improve their inconsistent form heading into the final 13 matches of the season.

Paul Merson pinpoints what Arsenal are lacking ahead of Bournemouth trip