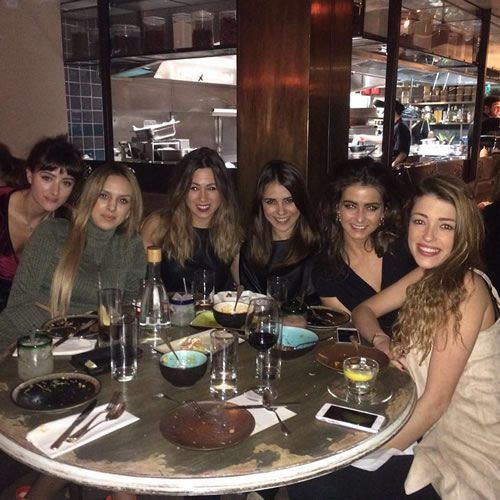 Samantha Martial was all smiles as she dined out with some of her fellow Manchester United girlfriends in London this week.

Martial was in London with a number of her counterparts as Manchester United played out a 1-1 draw with Chelsea at Stamford Bridge on Sunday afternoon.

And the group were all smiles as they dined together, with Martial posting the picture above on her personal Instagram account and writing: “London tacostime.”

Anthony Martial played the full 90 minutes as Manchester United wrre held to a draw by the Blues on Sunday.

Martial and his United team-mates are now preparing for their trip to face Sunderland at the Stadium of Light on Saturday lunchtime as they bid to return to winning ways in the Premier League.

Ray Wilkins: This man has been Arsenal’s best player by a mile

Photo: Erik Lamela all smiles with Tottenham stars ahead of Man City clash