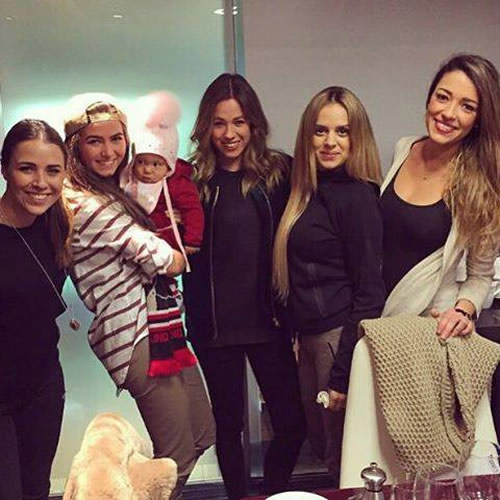 Samantha Martial looked to be in good spirits as she and some of her fellow WAGs got together to watch Manchester United beat Stoke City in the Premier League on Tuesday night.

Louis van Gaal’s men produced a much-improved performance as they recorded a 3-0 victory over the Potters in front of their home fans to return to winning ways in the Premier League.

Goals from Jesse Lingard, Anthony Martial and Wayne Rooney wrapped up victory for the Red Devils as they kept to within five points of the top four heading into the final 14 games of the season.

And Martial’s wife Samantha was all smiles with the couple’s young daughter Peyton as they cheered on the Red Devils.

United’s next game is their crunch trip to Chelsea in the Premier League on Sunday afternoon at Stamford Bridge.