Stan Wawrinka is clearly not scared of heights... 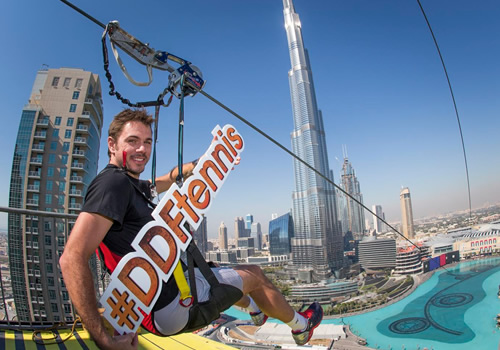 World No4 Stan Wawrinka took the ride of his life at the popular Dubai XLine yesterday ahead of his first match at the Dubai Duty Free Championships on Tuesday.

The Swiss star jumped 90 metres off the W1 Tower in Downtown Dubai and flew 558 metres over the Dubai Fountains, taking in the views of the iconic Burj Khalifa and Downtown area. 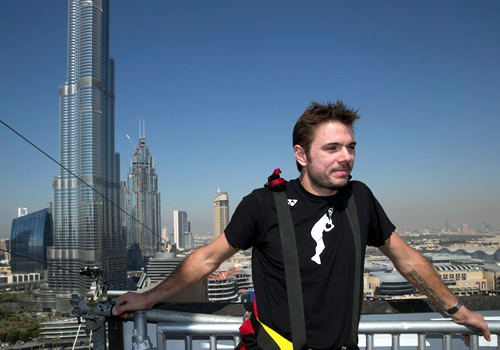 The 30-year old reigning French Open champion will bid this week to end the near-monopoly that Roger Federer and Novak Djokovic have held at the tournament for the last decade.

Defending champion Federer, on this occasion, has been forced to miss the event as he recovers from knee surgery, with last year’s runner-up, Djokovic, the top seed.