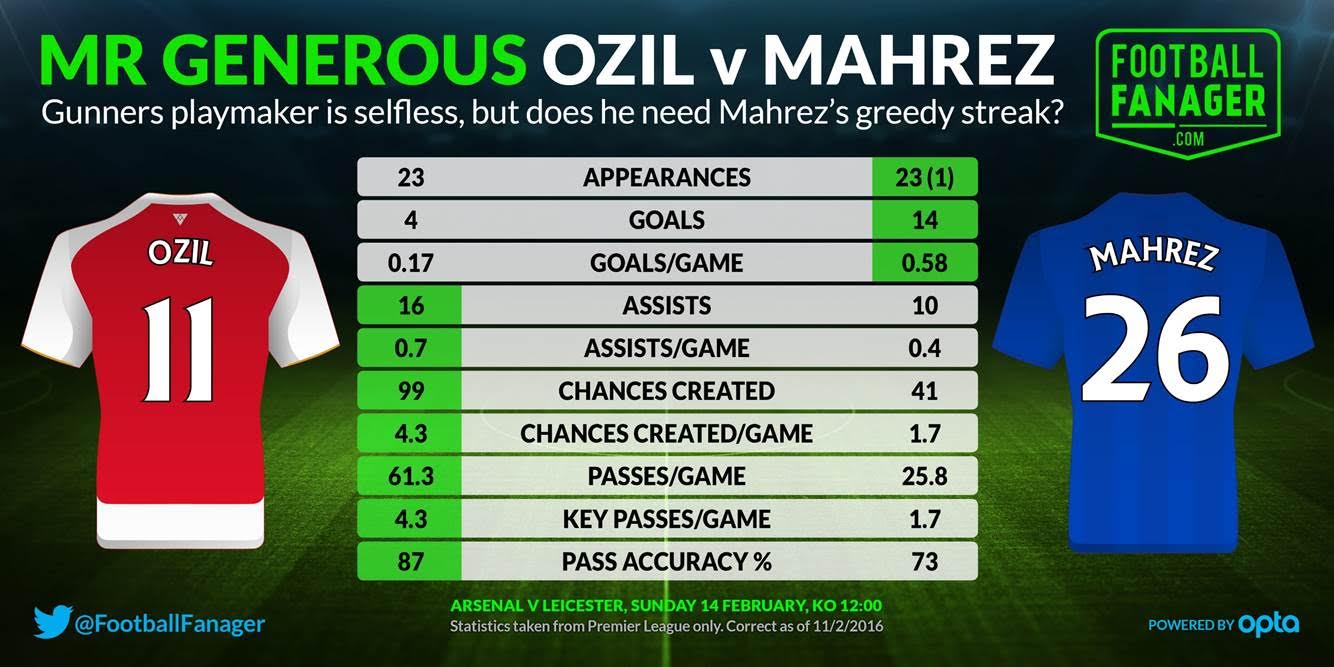 Two of the Premier League’s standout stars this season go head to head as Arsenal host Leicester on Sunday, and as this infographic by leading fantasy football site Football Fanager shows, Mesut Ozil is dominating Riyad Mahrez in almost every category this year.

However, despite his wealth of assists and chances created, Ozil falls way behind Mahrez for goals scored with only four, compared to 14 by the Algerian.

Ozil has notched up more assists than any player in the Premier League this season with 16 and has also created 99 chances for his team-mates compared to Mahrez’s 41.

The Arsenal playmaker has also made more passes per game than the Leicester City star, with 61.3 compared to Mahrez’s 25.8,

Ozil’s passing accuracy is also superior at 87 per cent, compared to 73 per cent for the 24-year-old Leicester man.

With Leicester currently enjoying a five point gap above the Gunners at the top of the table, would Ozil adding goals to his game be the difference between Arsenal lifting the title, or coming up short?