Chelsea’s leader has said this season will be his last, but are the Blues right to let him leave? 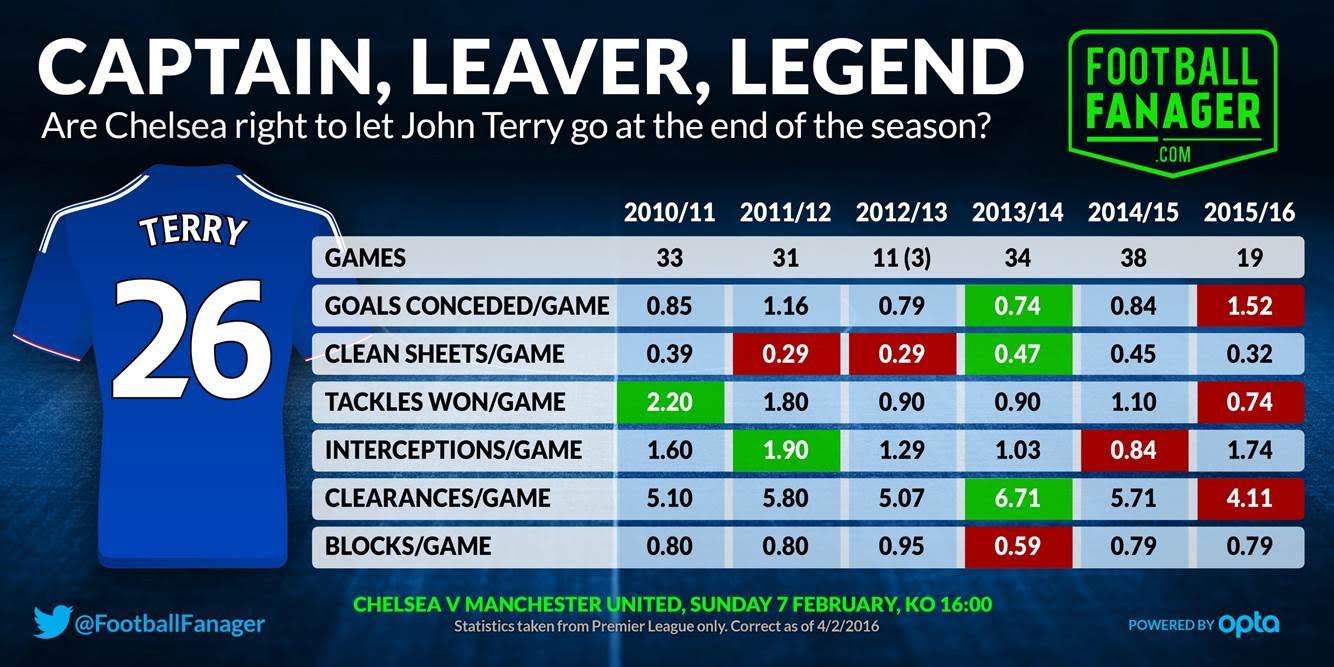 John Terry has announced that he won’t be receiving a new contract beyond the end of this season at Chelsea, and as this infographic from leading fantasy football site Football Fanager shows, the Blues are right to let their skipper go.

Terry has been one of the best defenders in the Premier League ever since his Chelsea debut in 1998, but age is finally catching up with the 35-year-old.

Stats show a gradual decline in almost every category, as the title holders have gone from topping the table to flirting with relegation this term.

There still could be time for Terry to be offered a new contract by the club, but judging by these figures, it may not be long until Chelsea’s captain puts on the armband for the final time.

Chelsea are currently gearing up for their crunch Premier League clash with Manchester United at Stamford Bridge on Sunday afternoon after their goalless draw with Watford on Wednesday night.