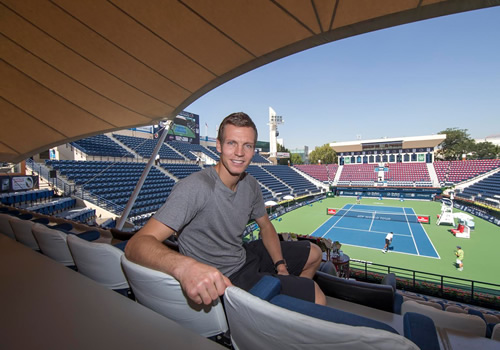 Tomas Berdych, world No7 and the No3 seed at the Dubai Duty Free Tennis Championships, went behind the scenes to give fans some clues on why this has been voted the players’ most popular ATP500 event 11 times.

Berdych, who has twice been runner-up at the prestigious tournament—in 2013 and 2014—spent some time relaxing in the VIP Lounge overlooking Centre Court before meeting the No36-ranked Joao Sousa. 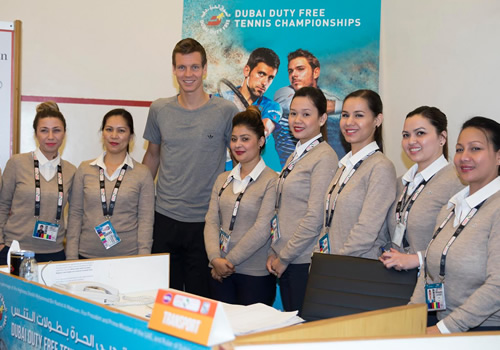 The 30-year-old Czech, making his 10th appearance in Dubai, extended his win-loss record in the Emirates to 21-9 with a straightforward victory, 6-1, 6-4, over Sousa in just 70 minutes, and next meets Italian qualifier Thomas Fabbiano.