Roberto Firmino may be one of Liverpool’s most naturally gifted players, but the Brazilian has nothing on his manager, Jurgen Klopp.

The former Borussia Dortmund boss is indebted to the South American after the playmaker’s string of impressive performances for the Reds in 2016.

Firmino has already scored five times and has made three assists in nine games so far this year after he moved to Anfield in a £29m deal from Hoffenheim under Klopp’s predecessor, Brendan Rodgers. 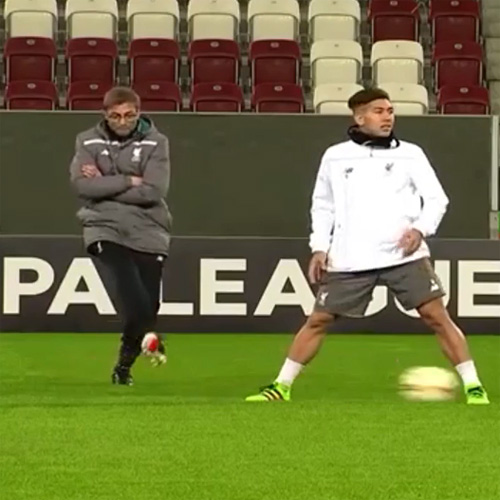 But the 24-year-old appears to have a good rapport with the Northern Irishman’s successor judging by Wednesday night’s training session at Augsburg Arena.

Klopp cheekily kicked the ball between Firmino’s legs as the Brazilian warmed up in Germany much to the amusement of the Liverpool manager and his forward. 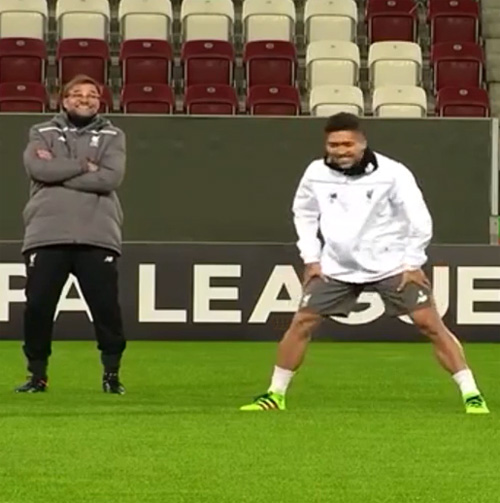 Roberto Firmino sees the funny side of nutmeg Photo: MoLFC/Vine

Liverpool will be hoping to secure a positive result in Augsburg ahead of the second leg of their last-32 tie at Anfield next month.

The Reds face Manchester City in the League Cup final at Wembley on 28 February.