Why England will win the 2016 Six Nations under Eddie Jones 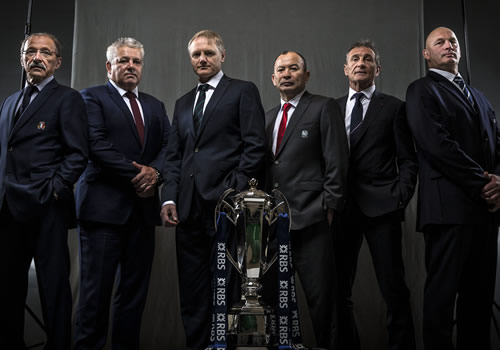 Eddie Jones is gearing up for his first Six Nations as England boss Photo: RBS 6 Nations

England will win the 2016 Six Nations quite comfortably and the main reason for this is new coach Eddie Jones.

That is a bold statement – but there are a couple of reasons why England will go from World Cup flops to Six Nations champions – in fact, according to Bettingpro.com, the Red Rose will go through all five matches without losing a single game.

How can a team that failed to reach the knockout stages of their own Rugby World Cup suddenly become unbeatable?

Fear stands high on the list of the reasons why England will be a success of 2016, they were a laughing-stock at the end of the 2015 World Cup and a lot of players are now fighting for their international careers and new coach Jones will demand perfection.

Jones opted to call up seven new faces to his first 2016 Six Nations squad with Sam Hill, Josh Beaumont, Jack Clifford, Elliot Daly, Ollie Devoto, Paul Hill and Maro Itoje all getting their first experience of an international set-up and the chance to impress the new man.

Tom Youngs, Tom Wood, Geoff Parling, Rob Webber, Brad Barritt, Nick Easter, David Wilson, Ben Morgan, Richard Wigglesworth and Danny Cipriani have all been discarded by Jones, while there will be no place for Sam Burgess after he turned his back on rugby union for a return back to rugby league with NRL side South Sydney Rabbitohs.

The door has not been closed on the players not selected, but the rest of the squad will be going all out to prove Jones right and what better way to keep your place in the international set-up than going on to win the tournament.

Another reason why this England team will be successful in 2016 is that Jones has no favourites and he will name his team purely on form rather than reputation. The former Australia, Japan, South Africa and Japan head coach has over 20 years coaching experience and has basically seen it all, no offence to the likes of Stuart Lancaster and Martin Johnson but they were a little bit inexperienced at international level and that is why Jones can turn this around and quickly.

Jones’ first game in charge of England will come on 6 February when he takes his side to Murrayfield to face fierce rivals Scotland. All eyes will be on that game the debacle that was the 2015 World Cup will be a distant memory of England claim a comfortable win.

It doesn’t even have to be a comfortable victory, as long as England win the game then confidence in the camp will increase ten-fold. Success breeds confidence and if they beat the Scots they will travel to Italy fearing no-one, if they can get to their first home game at Twickenham in round three against Ireland unbeaten then they will believe they can beat anyone and with a full crowd behind them anything is possible against the defending champions.

That game on 27 February will be the title decider, whoever comes out on top of that one will more than likely go on to win the Six Nations and quite possible the Grand Slam.

If this article was written directly after England were knocked out of the World Cup, then it would be a completely different read. Confidence in the camp and faith from supporters were at an all-time low but time heals many wounds and under Jones things are looking good.