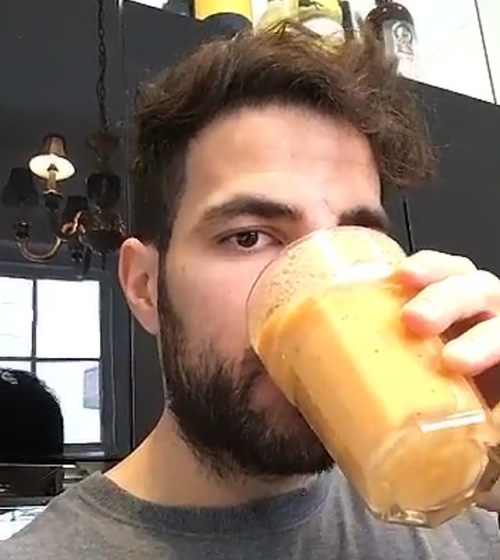 Cesc Fabregas made sure that he supplied his body with the right nutrients after helping Chelsea beat Norwich City 2-1 at Carrow Road on Tuesday night.

The Spain international played the full 90 minutes as Guus Hiddink’s men continued their recent resurgence with victory thanks to goals from Kenedy and Diego Costa.

The win lifted Chelsea up into the top half of the table for the first time since the opening week of the season, with the west London side now eighth heading into this weekend’s clash with Stoke at Stamford Bridge.

And Fabregas gave his fans a glimpse into his post-match recovery as he shared the picture above of himself drinking his own home-blended juice to help him recover from another testing Premier League encounter.

Fabregas shared the picture above on his personal Snapchat account on Wednesday morning and wrote: “Recovery juice”.

Chelsea have now won their last three games in the Premier League in succession as they bid to climb the table in the closing stages of the campaign.