Photo: Erik Lamela celebrates birthday with his girlfriend ahead of Tottenham v Arsenal 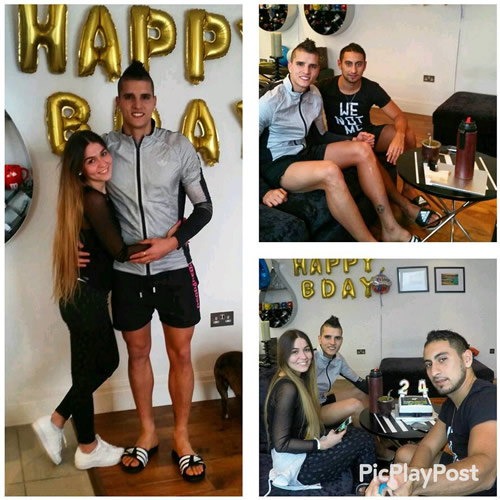 Erik Lamela has taken to social media to give a glimpse into his birthday celebrations after he turned 24 on Friday.

The Argentina playmaker celebrated the occasion with his girlfriend as he and his Tottenham team-mates prepared for their crunch north London derby showdown with Arsenal at White Hart Lane on Saturday lunchtime.

Lamela has been a regular fixture in the Tottenham first team so far this season and has scored three goals and made four assists in 25 Premier League games for the Lilywhites.

The 24-year-old will be expecting to feature when Spurs host their bitter local rivals on Saturday.

And Lamela looked in good spirits during the build-up to the showdown.

Lamela shared the pictures above on his personal Instagram account on Friday evening and wrote: “Thanks everyone for my birthday messages #24 #happybirthday #cumpleaños”

Tottenham head into Saturday’s game knowing that a win would lift them six points clear of their neighbours heading into the final nine games of the season.