Alexandre Pato was busy taking selfies while stopped in traffic on Tuesday... 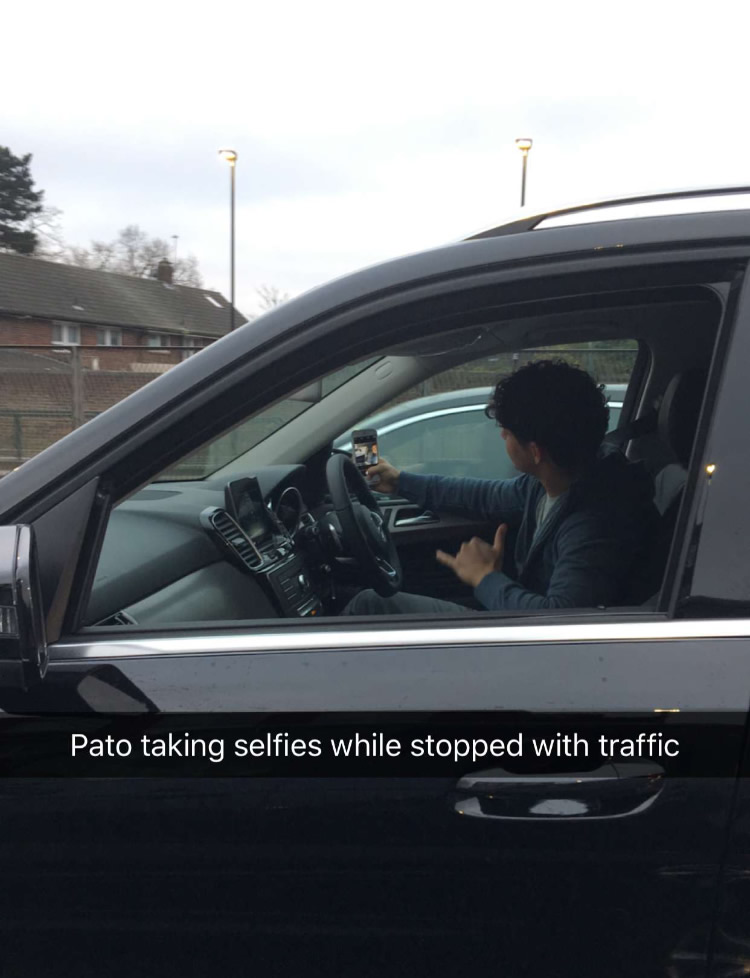 Alexandre Pato may still be waiting for his first appearance in a Chelsea shirt, but the Brazilian appears keen to keep record of his time in London after he was snapped taking selfies in his car by Cesc Fabregas on Tuesday.

The Brazilian striker is yet to feature for the west London club this season since arriving at Stamford Bridge on loan from Corinthians last month.

The former AC Milan forward has been working hard on his fitness levels at Chelsea’s Cobham training ground in recent weeks.

He will be hoping to make his first appearance of the season for Guus Hiddink’s men when Chelsea host West Ham in the Premier League on Saturday afternoon.

In the meantime, the forward has been busily snapping selfies in his car.

Fabregas posted the picture above on his personal Snapchat account on Tuesday afternoon and wrote: “Pato taking selfies while stopped with traffic.”

Chelsea head into their clash with the Hammers this weekend in 10th place in the Premier League.