Photo: Memphis Depay all smiles with his girlfriend ahead of West Brom v Man United 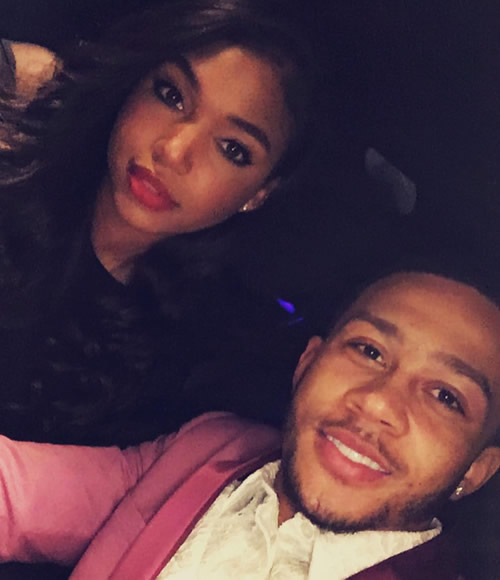 Memphis Depay has reason to smile after Manchester United’s recent upturn in form.

The Dutch winger has shown signs of improvement in recent weeks and has helped Louis van Gaal’s men win their last four games in all competitions.

Depay has come in for plenty of criticism for failing to live up to his big-money price-tag following his transfer to United from PSV Eindhoven in the summer.

The 22-year-old has so far only managed to score two Premier League goals since his summer switch to Old Trafford.

However, the winger has produced some impressive displays in recent weeks to coincide with United’s improved form.

Depay has recently started dating Lori Harvey, and the couple were all smiles together on Thursday night as United prepare for their trip to West Bromwich Albion in the Premier League on Sunday.

The Red Devils have won their last two top-flight games, and Depay played the full 90 minutes as United beat Watford 1-0 on Wednesday night.