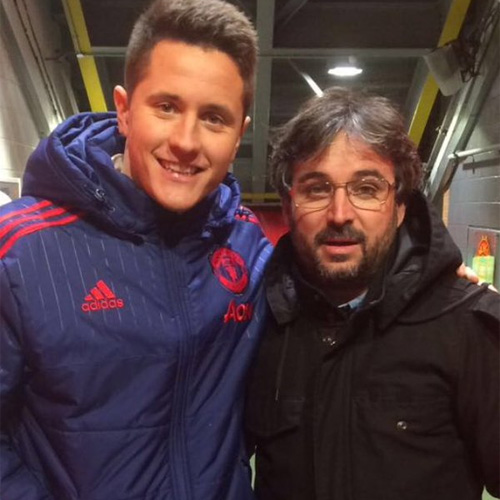 Louis van Gaal’s side are in fifth place and breathing down the necks of their derby rivals Manchester City after the Citizens lost 3-0 at Liverpool.

And unsurprisingly, Herrera was in good form with the Spanish director as he posed for a photo in the Old Trafford tunnel after Wednesday night’s 3-0 win.

Herrera scored United’s third goal in a 3-2 victory over Arsenal at Old Trafford in the Premier League on Sunday afternoon.

The 20-time English champions are level on points with City ahead of their trip to West Brom on Sunday afternoon.

Van Gaal’s side face bitter rivals Liverpool in the first leg of their Europa League last-16 tie next Thursday night.