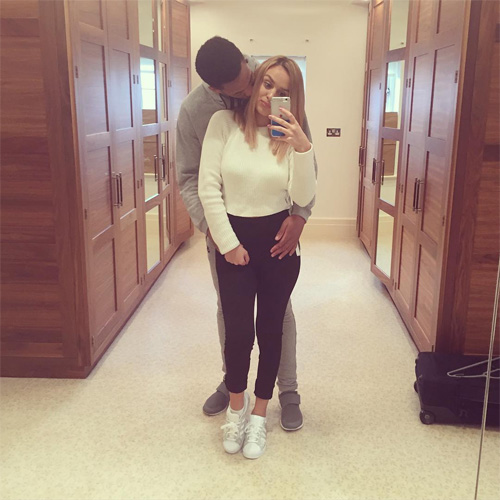 Anthony Martial appeared to be making the most of some downtime with his wife ahead of Manchester United’s clash against Liverpool on Thursday night.

The France international will be hoping to inspire the Red Devils to victory over their bitter rivals at Anfield in the first leg of their Europa League last-16 clash.

Martial scored his first Premier League goal on his debut against Liverpool in September as he netted United’s third in a 3-1 victory over the Reds.

The 20-year-old has struggled to build on his initial impact at Old Trafford and Martial has only scored two goals in his last 12 games in all competitions.

However, Martial appeared in a relaxed mood ahead of Thursday night’s trip to Liverpool.

His wife Samantha posted the above photo and wrote: “Mon bebe ❤️”

Martial has scored 10 goals in 35 appearances in all competitions so far this season.