Photo: Kurt Zouma all smiles ahead of Chelsea v PSG 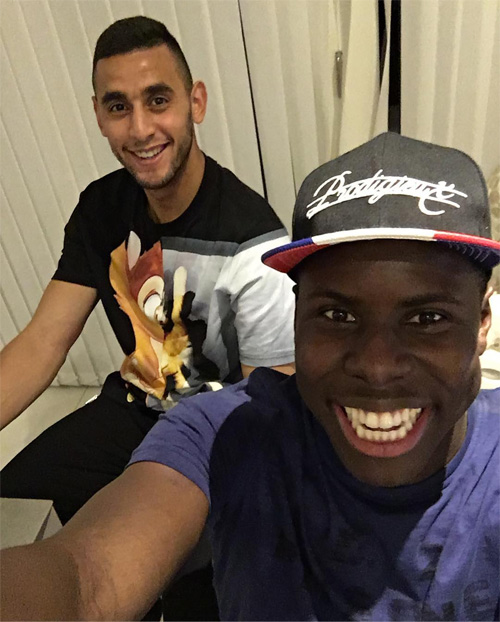 Kurt Zouma managed to crack a wide smile for a selfie on Monday night despite the frustration of missing Chelsea’s big Champions League clash this week.

The France international is sidelined with a serious knee injury which required surgery in Barcelona last month after he ruptured his anterior cruciate ligament during a 1-1 draw with Manchester United.

Zouma has been a mainstay of the Chelsea defence throughout the season alongside John Terry, but the 21-year-old isn’t expected to feature again in the 2015/16 season.

But Zouma was still in high spirits as the injured defender posted the above selfie on his Instagram page and wrote: “Spending time with my big bro ! Very very happy to see you again my bro forever ! May God bless and protects you and your family 😍😍 @ghoulam.faouzi #pheno”

The France centre-half has scored one goal and has made one assist in 23 Premier League appearances for the defending champions this season.

Photo: Morgan Schneiderlin relaxes with some Adele ahead of Liverpool v Man United