Liverpool signing Marko Grujic thanks Dejan Lovren for kitting him out 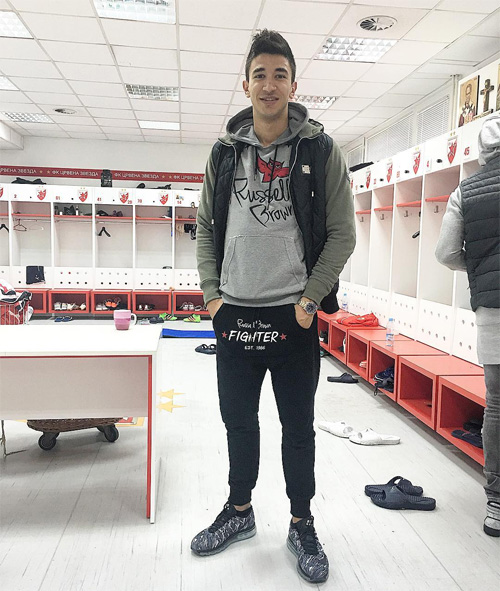 Marko Grujic won’t join up with the Liverpool squad until the summer, but the Serbian is already being kitted out by future team-mate Dejan Lovren.

The 19-year-old put pen to paper on a contract with the Merseyside outfit in the January transfer window after Liverpool agreed a reported £5.1m fee with Red Star Belgrade.

Grujic is set to remain with the Serbian champions until the end of the 2015/16 campaign when he will link up with Jurgen Klopp’s squad.

However, the promising teenager has already been in contact with Lovren, who has provided the Red Star forward with some clothes from his Russell Brown range.

Grujic posted the above photo on Instagram and wrote: “Thanks my friends @ @ mingo07 and dejanlovren06 an amazing clothes!”

The Serbian starlet will presumably be tuning in to watch Liverpool face Manchester United in the first leg of their Europa League last-16 tie on Thursday night.

The Reds are in sixth place and six points behind the fourth-placed Manchester City.