Photo: Luis Suarez and Philippe Coutinho catch up over Fifa 16 ahead of Liverpool v Man United

Luis Suarez and Philippe Coutinho enjoy a game of Fifa, with the Liverpool playmaker staying loyal to the Reds 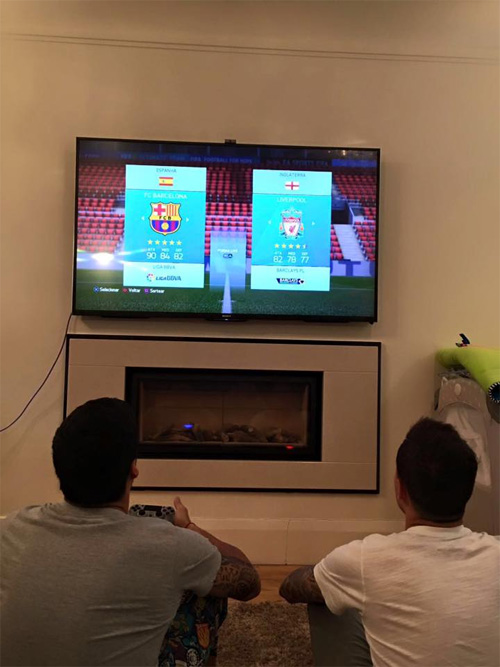 Luis Suarez spent some quality time with Philippe Coutinho on Wednesday evening as the Barcelona striker caught up with his former team-mate.

The Uruguay international has returned to Merseyside to visit his former home after the striker’s £75m move to Barcelona from Liverpool in 2014.

Suarez popped down to Liverpool’s Melwood training ground on Tuesday to give the squad a boost ahead of their Europa League last-16 clash against Manchester United at Anfield.

The South American spent Wednesday with his former Brazilian team-mate Coutinho as the Liverpool playmaker relaxed ahead of Thursday’s big Europa League game.

Suarez posted the above photo and wrote on his Facebook page:

The Uruguayan forward won La Liga, the Champions League and the Copa del Rey in his first season at Camp Nou.

The Barcelona striker has already netted an incredible 28 goals in 29 La Liga games for Luis Enrique’s side so far this season.